IT companies often look for the ways to improve English of management and technical specialists. English classes became a goodie and now are supposed to be in companies like a coffee machine or a gym.

Let’s imagine an average abstract developer called Max (any reference to real people is purely coincidental however pretty possible). He sometimes receives a reason of rejection like “You have a low level of English”  at job interviews. And even if he gets into a project, Max receives feedback from his PM: “You make too many mistakes. You have to improve grammar promptly”. Well, Max starts hating English, signs up to English courses in the company, to the language school, online or creates his own methodology and starts studying hard.

But is this an actual problem?

I am sure that English is often just a simple excuse, that the issue is hidden in other. Our Max has never learned to write professional emails even in his native language because he had been studying hardware. Moreover, he wasn’t aware of negotiation strategies, didn’t learn techniques of active listening or never had classes of public speaking or effective presentations. So it is not only an issue in English but the set of business skills which were described as a team player and communicative in the job description but weren’t reviewed during the job interviews. But this is a story is for another post…

Anyway, let’s get back to the mistakes and decide how to live with them. There are 5 types of mistakes according to Cambridge English classification: slips, errors, mistakes, blunders и faults. Some of them are specific and not really important for regular speakers, so let’s focus on the main two categories.

Errors are mistakes made by our hero as he doesn’t know how to say or write his idea correctly. Further on we may call them “unaware” mistakes.

Slips are mistakes made by Max because of lack of focus or because he doesn’t have enough time to think about both the main points of the conversation and choose the appropriate word to create a correct sentence.  One more subclass of the mistakes might be called fossilized mistake – a mistake which was repeated so many times that it just was established to his speech (I AM agree, I should TO go)

Max is very proud of writing short “concerning only business” letters: The file was submitted. Check it and confirm. And he can’t even imagine why his clients from the UK or the US consider them like orders or disrespect and even may complain to the management about poor communication with Max. Active polite sentences like “I’d like to inform you that I’ve submitted the file. Could you check it and confirm please” may save Max’s time and improve his client’s and management’s mood. For sure it depends on the culture of the team and project and can’t solve all the situations, nevertheless everybody should at least think about the stylistic.

False friends are the words which sound like Russian ones but have another meaning.

Specific sounds. The chances are that this developer may become the main character of the advertising Berlitz. Because Max spells I think as a word “sink” (to go down below water) and instead of the word code, you may hear “cod” (a large marine fish). Well, it is not that bad, but the words write and know sound like “врайт” and “кноу”.

Pronunciation is not the main touchy subject in IT English. The accent would be forgiven, but unfortunately, Max won’t have a second chance to leave a good first impression. You may google “tongue-twisters” or video classes devoted to sounds from the chart Consonants in the book “Learner English”. White sounds are the popular problems of the Ukrainians (you may start on page 145).

Actually, it is the topic for a separate article or even a course. Now I will show you my two favorite examples.

Max is a professional, but his client is not very good at the technical side of the project. That is the way the often ask the questions like:

Also, Max attends standups every day and meetings every week. He reports about his results there. And Max often says about his past actions “We deployed the new feature” missing the only one important sound of the correct phrase We‘ve deployed the new future. You may notice his dislike of Present Perfect in his questions Did you see my email? and Why did you slap your PO? Instead of more appropriate questions Have you seen my email? and Why have you slapped your PO?  You may test your Present Perfect here.

And also you may look through the book which was mentioned above if you would like more examples.

What could we do?

If we are talking about the errors we should just study hard in different possible ways: self-learning, mobile apps like LinguaLeo or create own methodology. Any feedback from more experienced English users or teachers might be really useful. That’s why Max can start studying with a tutor, at English courses or language school, or even he may try to create his own mixed methodology to cope with new Errors.

In case of Slips, the situation is more difficult as Max has to change all the existing habits and systems. And it is more challenging. For this purpose you should better use a complex approach:

Max probably is used to learning separate words (especially those he doesn’t know). But he should start learning whole phrases and sentences expressing the specific language function to speak correctly.

To estimate task: It will probably take me … hours/stories to …

To describe risks: It might be hard/difficult to… because…

And this list may be very long. The more patterns Max will have the more often he can choose synonyms, sound more professional and one moment forget about the templates from Russian or Ukrainian translation but move to more advanced levels of English.

As lots of incorrect phrases became a habit, the only thing you could do is to start learning Chinese. Or you may remove one habit by another new one and more intense. So every time making a favorite mistake like  I should to check or  It’s depend from Max has to repeat the correct phrase several times aloud, if it is possible, to himself or make a note in his device and repeat it every time after the end of the meeting or the call. In a perfect world, the system with a small punishment for errors or a reward for a correct option might be added to this method.

The most dangerous thing in the mistakes like mentioned above that it is difficult to notice them. That is why Max will use various methods to draw his attention to his mistakes. He could have the list of the most popular fuckups which were shown by colleagues, his teacher or Max should have noticed them. Now he uses a silicone bracelet to distinguish every success or failure. When the concentration is not sufficient he has to use an app Voice Memos so that later on he can listen to his speech and filter his favorite mistakes.

As Max knows his weak points, he often learns specific topics, sounds, words or other mistakes in his knowledge intensively. He may sometimes hire a tutor for a couple of hours to rehearse the same meeting several times. There he can split his attention to what is going on and what he (Max) is telling (or writing) at that moment. It is important that there is a clear focus in an experimental situation and nobody tries to have a perfect accent or speak like a native. That looks like work out in the gym: you work on one group of mistakes at once.

Be like Max, learn your mistakes (lessons) and be happy. 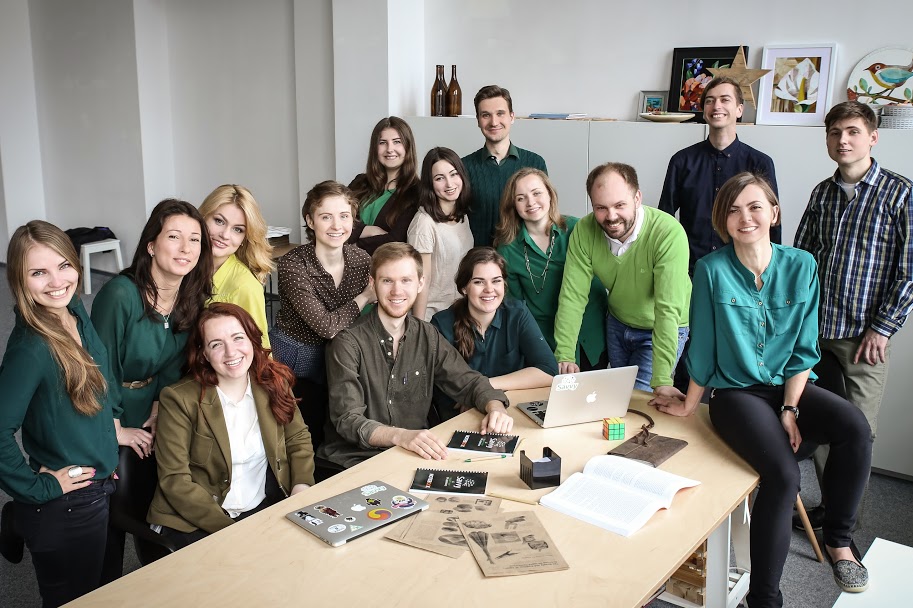